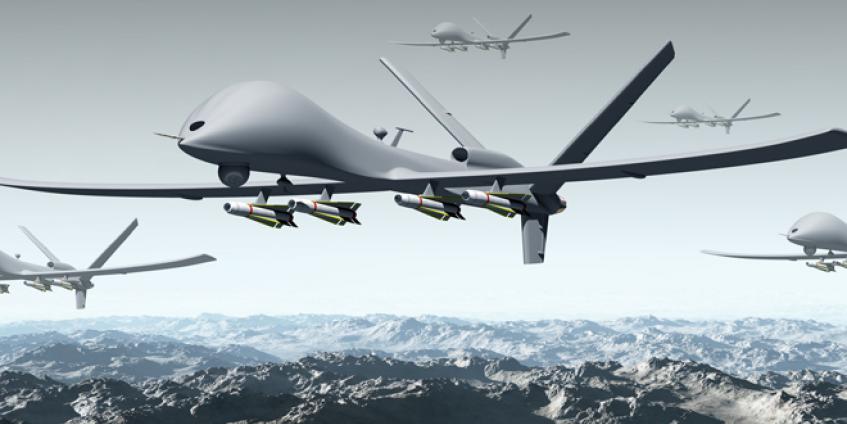 As technology improves, so does the capacity to expand a defensive perimeter to ever-increasing ranges, both horizontally and vertically. Identifying ways to penetrate this perimeter with assets and capabilities that do not require increasingly expensive solutions requires creative use of current and emerging technological advances. Potential adversaries understand that the United States is extremely advanced in its warfighting systems technology. This fact requires a thinking enemy to develop ways to keep America’s advanced systems outside of the enemy’s sphere of influence— specifically, to both deny and create an inability to gain access to specific areas of operation. In the current vernacular, this action is referred to as creating an anti-access/area denial (A2/AD) environment, which has, as its backbone, advanced integrated air defense systems (IADSs).

A BIT OF HISTORY

However, while emerging EW payload testing on UASs is occurring, mating electronic attack (EA) payloads onto a coordinated semi-autonomous or fully autonomous swarm of smaller unmanned aircraft (UA) is still an emergent test environment effort. However, once such capabilities mature, being able to employ them requires that a foundational concept be in place. The Joint Unmanned Aerial Vehicle (UAV) Swarming Integration (JUSI) Quick Reaction Test (QRT) was directed on 27 February 2015 by the Deputy Director, Air Warfare under the authority of the Office of the Secretary of Defense (OSD), Director, Operational Test and Evaluation (DOT&E) to address such a foundational approach.

The JUSI QRT was established under the DOT&E’s Joint Test and Evaluation Program on 29 July 2015. It is co-located with the U.S. Pacific Command (USPACOM) J8 Resources and Assessment Directorate, at Camp H. M. Smith in Oahu, HI. The JUSI QRT reports to the AF Joint Test Program Office (AFJO) at Nellis Air Force Base, NV, and receives support from USPACOM J81 (the Joint Innovation and Experimentation Division). The JUSI QRT will develop, test, and validate a concept of employment (CONEMP) for the integration and synchronization of swarming UA performing EA in support of the Joint force against an advanced IADS (such as the one illustrated in Figure 1). The JUSI QRT effort is focused on a 2015–2020 timeframe to research and identify previous and ongoing swarm-related efforts while building a swarming UA community of interest, concurrent with CONEMP development.

ADVANCED IADSs AND HOW TO ADDRESS THEM: THE PROBLEM

Modern surface-to-air missile (SAM) systems are an integral part of advanced IADSs. These IADSs are, in turn, integral parts of a potential adversary’s networked A2/AD environment. For the purpose of the JUSI QRT effort, an IADS refers to a networked system of adversary capabilities (e.g., a series of detection and tracking radars coupled with SAMs) not specific to one platform (e.g., an IADS on a warship by itself or a specific individual SAM, such as an SA-20).

The Joint forces do not currently have adequate ways to fully plan, integrate, or synchronize the effects delivered by UA swarms (such as that pictured in Figure 2). This ability requires development and testing of a foundational CONEMP offering an effective planning methodology for delivering integrated effects of UA swarms against advanced IADSs protecting targets with threat SAM arrays. 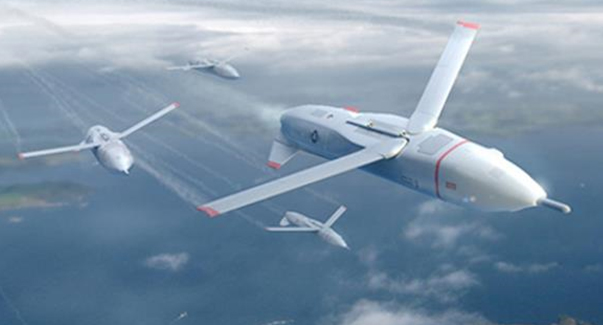 The Joint force has traditionally been over-reliant on standoff weapons (SOWs) and fourth/fifth-generation strike platforms to address the A2/AD challenge. UA swarms represent a potential additional approach, complementing existing platforms and weapons systems. Despite rapid technical advances in UA swarming development and demonstrations, the Joint force lacks an adequate CONEMP for operations requiring UA swarm-delivered effects. The lack of a CONEMP or other supporting documentation hinders requirements development, A2/AD countering, and precludes integration and synchronization with the rest of the Joint force.

APPROACH TO ADDRESSING THE PROBLEM

Combat-capable and -survivable UA with the capability to perform swarming functions are a new but quickly growing aspect of modern warfare. The JUSI QRT will take the first step to characterize, develop, and evaluate a CONEMP for using multiple UA of various sizes to deliver coordinated EA to enable other weapons and platforms (e.g., various types of SOWs, decoys, jammers, and fourth/fifth-generation platforms) access to counter A2/AD approaches. With the short lifespan of the JUSI QRT—1 year —the effort will focus on CONEMP development supported by a series of modeling and simulation (M&S) runs over the course of three test events.

Integrated support by experienced M&S personnel of the Johns Hopkins University’s Applied Physics Laboratory (JHU/APL) during each of the test events will enable the QRT to gain data collection for the equivalent of hundreds of swarm flights, thus providing a cost-saving aspect concurrent with data analysis to support CONEMP development. JHU/ APL will provide M&S and analysis of the execution of UA with EA payloads against scenarios developed to test the UA’s ability to deliver desired effects against an advanced IADS as part of an A2/AD environment.

The resulting qualitative and empirical data, once analyzed, will enable the JUSI QRT Team to assess findings, conclusions, and recommendations to revise the CONEMP between each test event with JUSI QRT’s first test event, which was concluded on 20 November 2015. Additionally, upon completion of each test event, a Joint Warfighter Advisory Group (JWAG) will be convened to receive test event results—the first JUSI QRT JWAG occurred on 9 December 2015. As the QRT process continues, it will lead to development of a finalized swarming UA CONEMP to provide the link to requirements development and capability integration for the Joint force to have a distributed approach to complement existing solutions focusing on fourth/fifth-generation strike platforms and SOWs.

At the end of the JUSI QRT, the resulting CONEMP will provide an effective operational context to inform requirements development, roadmaps, and—eventually—tactics, techniques, and procedures (TTPs) in several areas, including communication, automation, UA, and EA, to deliver intended effects. The CONEMP will also serve to help focus future Department of Defense and industry investment. Future considerations related to swarming UA with EA payloads may include development, testing, and validation of TTPs for UA with EA payloads. Such TTPs will further reinforce the use of swarming UA by empowering the commander to develop standards in the areas of manning, equipping, training, and planning in the Joint force. In the interim, the JUSI QRT-developed CONEMP will provide planners, trainers, and their supporters with a starting point for employment of this capability.