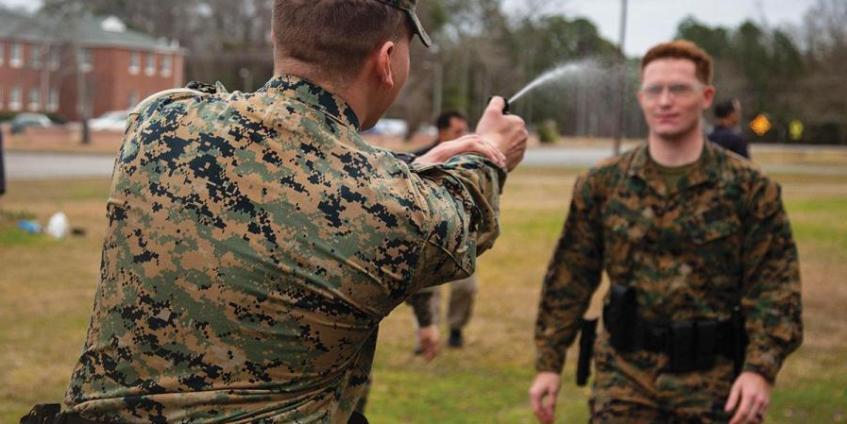 During this sustainment training, officers received guidance and were assessed on their ability to conduct an arrest using inert spray, an oleoresin capsicum substitute, which is commonly referred to as OC spray. The officers then conducted attack and defense drills with a baton to ensure proper procedures are followed by law enforcement while enforcing the compliance of an assailant. Immediately following the evolution, the officers moved on to the law enforcement defensive tactics and scenario-based training.

Law enforcement defensive tactics are aimed to subdue an assailant while avoiding injury for both the individual and the officer.