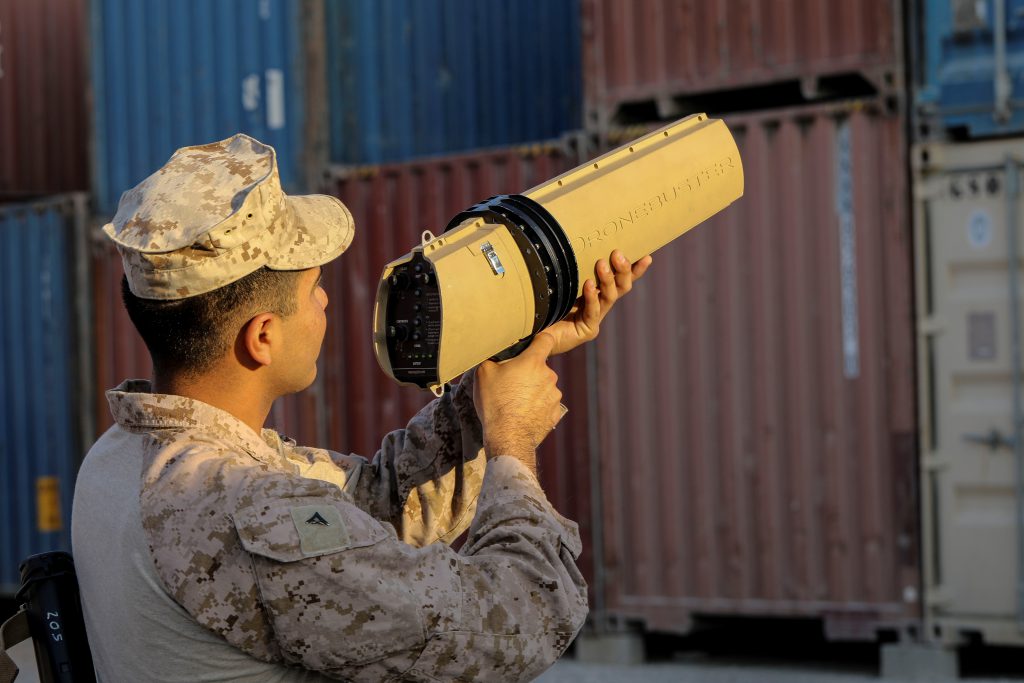 Defeating a swarm of small unmanned aircraft systems (UAS) may one day require faster decision-making than what a single human being can provide and may mean the use of artificial intelligence (AI) to make those decisions. Right now, though, rules of engagement still require a human in the loop.

“Right now we don’t have the authority to have a human out of the loop,” Col. Marc E. Pelini, Division Chief for Capabilities and Requirements within the Joint Counter-Unmanned Aircraft Systems Office, said during a teleconference. “Based on the existing Department of Defense policy, you have to have a human within the decision cycle at some point to authorize the engagement.”

But given the threat of UAS swarms, Pelini said he knows there is talk about developing AI capabilities to enable “in-the-loop” or “out-of-the-loop” human decision-making.

“When you’re starting to see swarming activities of hundreds or potentially thousands [of UAS] in the future, obviously you want your system to operate as fast [as possible] to provide those weaponeering solutions to the operator, or operate within a set of parameters,” Pelini said. “But that’s really kind of defined right now in the policy realm.”

In January, the Defense Department published the Counter-Small Unmanned Aircraft Systems Strategy to provide a framework for addressing small UAS hazards and threats in the United States, host nations, and contingency locations.

“The intent of the academy is to … not only provide the opportunity for training but to start training leaders on counter-UAS and have the basic understandings and … go from basic to advanced understanding of the threat and then how to employ these capabilities,” Gainey said.

The concept of the schoolhouse is likely to involve both resident and nonresident training opportunities for a variety of students, Pelini said.

“Your nonresident personnel would really kind of be the operators that are operating a specific piece of equipment … that would be taught utilizing a joint common core,” Pelini said.