Grease is the Word: EcoFriendly Sailor-Safe Lubrication for Sea Systems 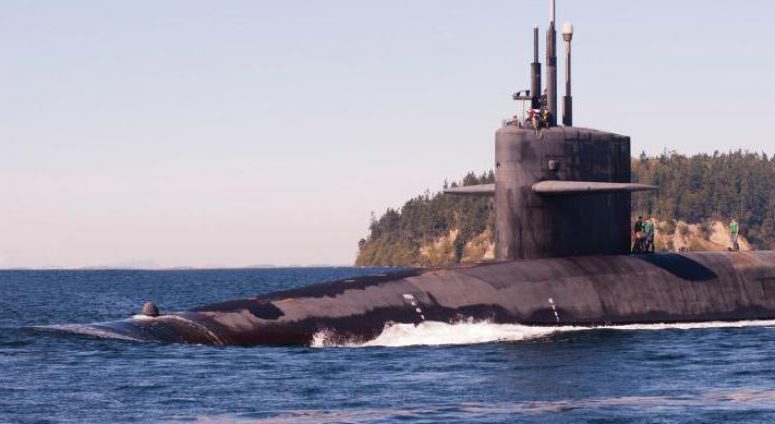 Seawater is an extremely persistent, surprisingly corrosive force that causes a multitude of complex problems when it comes to use and maintenance of maritime vessels. Any equipment that is exposed to seawater on a regular basis is especially vulnerable and must be rigorously maintained if it is to function reliably. At the same time, any lubricants that come into contact with seawater need to be specially formulated to minimize their environmental impact as well as to avoid exposing sailors to hazardous volatile organic compounds (VOCs). This article highlights several environmentally friendly and sailor-safe grease solutions for potential use on submarines and other military (and nonmilitary) sea systems.

Keeping all of the moving parts of seafaring vessels adequately lubricated is an especially complex problem, particularly when the vessel is a submarine. Properly greasing actuated parts (such as the hatch shown in Figure 1) can greatly lengthen service life and ensure equipment reliability, but finding an environmentally friendly grease that is reliable when submerged in salt water, does not off-gas (i.e., emit harmful fumes), and is not prohibitively expensive is a difficult task.

Aquatic ecosystems are delicate and especially susceptible to pollutants,  but ships of all kinds require lubricant on a variety of submerged parts to function properly. The Environmental Protection Agency (EPA) issues any vessel over 79 ft long a Vessel General Permit (VGP) to regulate the amount of pollution produced by ships. These permits allow incidental discharge of wastewater and lubricants through the course of normal operation, while imposing limits on this discharge and having specific standards that must be met for any lubricant that comes in contact with the water. To qualify for a VGP, commercial vessels must use Environmentally Acceptable Lubricants (EAL). According to the EPA website, EALs are biodegradable, minimally toxic, and nonbioaccumulative (i.e., fish and other ocean organisms will not absorb pollutants from the lubricant at a faster rate than they can excrete them). Accordingly, many of the most common types of lubricants, such as petroleum-based oils and mineral oil, are excluded under these regulations.

Keeping all of the moving parts of seafaring vessels adequately lubricated is an especially complex problem, particularly when the vessel is a submarine.

Hydrocarbon-based greases such as Termalene are frequently used by the U.S. Navy on submarines. These greases are fairly inexpensive, are hydrophobic (i.e., they are resistant to “washout” – the likelihood or potential for being washed away by seawater), have a long service life, and have minimal environmental impact. They do, however, have some drawbacks. Hydrocarbon greases are essentially soaps. They are generally made of fats that are “saponified” by having an alkoxide-salt-like lithium isopropoxide added to them. This process produces a thickened surfactant, the grease, and an alcohol, such as isopropanol. The isopropanol remains trapped in the grease, and off-gasses over time.

To mitigate the off-gassing problem, the Navy uses fluorocarbon-based greases, such as Krytox 240AC, on areas that are exposed to the interior of the submarine. Fluorocarbon-based greases use perfluoropolyether oil combined with a solid particle thickener, such as polytetrafluoroethylene (PTFE) powder, rather than conventional soap thickeners. By avoiding the saponification process, no volatile substances that could later off-gas  and endanger sailors are produced.

Off-gassing poses an issue on parts that are exposed to the interior of the submarine, such as hatches.

Therefore, the comparatively high price of fluorocarbon greases themselves is exacerbated by the need to constantly reapply them to maintain any sort of efficacy, the accompanying labor cost, and the loss of service as the submarines are frequently taken out  of commission to be regreased.

Another option currently on the market is hydrocarbon-fluorocarbon hybrid grease. TRI marine grease (NSN #9150-01-651-7256 07), which is an example of such a hybrid, is thickened with solid particles such as fluorocarbon greases, thus eliminating the isopropanol off-gassing danger. This combined molecular structure makes this grease hydrophobic enough to be resistant to seawater washout. Hybrid greases are a relative newcomer to the market, however. They are also more expensive than traditional grease options (albeit less expensive than the currently used fluorocarbon greases). That said, the higher cost of hybrid greases is offset by the increased service life and reduction in required maintenance time for regreasing. In addition, the cost of hybrid greases is dropping significantly, with newer versions now half the cost of some of the older products.

Figure 2:  Navy SEAL in a Dry Deck Shelter on the Back of a Los Angeles-Class Submarine. Lubrication of Actuated Parts in the Shelter Is Critical to Personnel Safety (Source: U.S. Navy Photo, Chief Photographer’s Mate Andrew Mckaskle).

With current technology, there is no perfect solution to the seawater-lubricant interface problem. From an environmental standpoint, hydrophobic greases that minimize grease contamination are certainly preferable, but there are many other angles to consider when selecting the right marine grease. The safety of personnel (such as those shown in Figure 2) is of paramount concern, with overall cost (both purchase and labor costs), the ability to lubricate, the ability to protect parts from salt water, and the ability to protect the environment being other important considerations. As technology advances, the safest options will become more affordable in initial purchase cost as well in the ability to substantially reduce life-cycle costs.