Opportunities and Challenges of Additive Manufacturing in the DoD 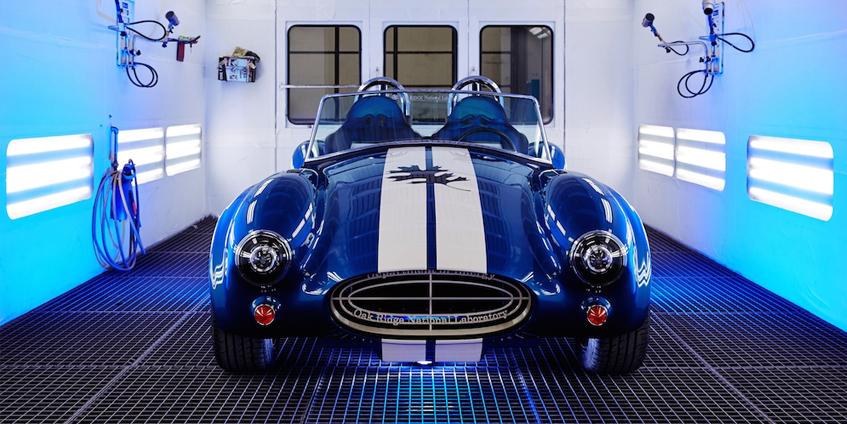 Additive Manufacturing (AM), often referred to as 3-D printing or rapid prototyping, presents a significant opportunity for the U.S. Department of Defense (DoD) to enhance warfighter capability and reduce the current logistical footprint and total life cycle costs of numerous systems.  However, to take full advantage of AM’s potential, the DoD must understand its relevant applications and adjust resource allocation and commercialization efforts accordingly.  There are also many challenges that still must be overcome before AM technologies can be widely adopted across the DoD.  These challenges include a lack of industry standards, slow build rates, limited development of new raw materials, and variability in process control.  This article discusses some of these challenges as well as some efforts being performed to broaden future adoption.

The Emerging Promise of AM Technologies

In many discussions today, AM is being touted as the manufacturing marvel of the future, and there is a widespread enthusiasm regarding its potential to significantly innovate existing design, manufacturing, and maintenance practices.  Recent examples of products being produced with AM technology include everything from a printed car to complex aesthetic designs to printable food (see Figures 1–2).  And there is little doubt that AM is already making, and will continue to make, a great deal of impact in both the public and private sectors.

And this includes the military sector.  The DoD’s compelling interest in exploiting AM tools and technologies includes a desire for increased logistical agility and innovation in support of a rapidly changing adversarial environment.  Multiple military organizations are exploring AM applications in rapid prototyping, direct parts production, and equipment repair and maintenance; and there is extensive progress being made with the tools, technologies, and materials being used to enhance AM processes.  While there will always be applications that are better handled by conventional subtractive machining (SM) techniques, many applications could take advantage of a combination of AM/SM technologies to improve manufacturing and reduce Total Life Cycle Cost (TLCC).

For the DoD to fully adopt AM technologies, a number of hurdles must be overcome.  A report developed for the U.S. Army’s Rapid Equipping Force (REF) listed the following recommendations for promoting military‐relevant applications for AM [1]:

Accordingly, these recommendations will require a great deal of collaboration and advancement from both the commercial and military sectors to ensure a sensible adoption of AM technologies.

Differentiating AM by Technologies and Applications

The AM process involves adding material layer by layer to build a product.  The process begins with the creation of a software-based three-dimensional (3-D) model of the product using a computer-aided design (CAD) software package or 3-D scanning an existing product.  Once the model is developed, specialized software “slices” the model into thin cross-sectional layers creating a computer file that can be sent to an AM system for manufacture.  The AM system creates the product by forming each layer through the selective placement and curing of “printable” material. Figure 3:  SLM at the National Institute of Standards and Technology (NIST)

Examples of the types of AM systems currently in use include selective laser sintering (SLM), which uses a high-powered laser to selectively fuse powders into the desired shape; stereolithography, which uses ultraviolet lasers to cure a photopolymer resin one layer at a time; and fuse deposition modeling, which lays down liquefied plastic or metal through a thin filament that forms into the desired shape as it hardens [2].

The President’s Council of Advisors on Science and Technology defines AM as “a family of activities that (a) depend on the use and coordination of information, automation, computation, software, sensing, and networking, and/or (b) make use of cutting edge materials and emerging capabilities enabled by the physical and biological sciences, for example nanotechnology, chemistry, and biology” [3].  This definition suggests the potential scope of the effort to accurately differentiate the potential technologies and applications.

Of course, in the fiscally constrained environment in which the DoD is currently operating, funding will be a major consideration in moving forward and maintaining the advantage at the tactical edge that AM can potentially provide.  An initial effort to address the funding issue was the establishment of the National Additive Manufacturing Innovation Institute (NAMII) in 2012, with the goal of driving widespread adoption of AM to enhance domestic manufacturing competitiveness.  The NAMII is a pilot institute designed to foster public-private partnerships between industry, government, and universities.  The NAMII collaborates on manufacturing technology among six federal agencies, including the Departments of Defense, Energy, Commerce, and Education, as well as the National Science Foundation and NASA.  The NAMII was awarded initial federal funding that was matched by numerous entities involved in the new partnership [4].  This public/private partnership could prove to be crucial to the successful adoption of AM technologies across the DoD.  Note that the direct involvement between the university communities and the DoD is a key enabler to promoting AM‐specific training and education development, which will be necessary to support an enhanced AM approach.

Outlining Unique Considerations for AM in Tactical Environments

One of the key areas of interest for the DoD is the application of AM technologies in tactical environments.  The U.S. Navy is currently engaged in research that would allow for the on-platform production of repair parts to reduce the logistical footprint required to maintain availability and effectiveness of the fleet.  Additionally, there is an opportunity to increase efficiency and reduce cost at the depot level as well.  Some early research at the Naval Postgraduate School indicates that substantial savings could be attained through thoughtful application of AM technologies [5].

The Army’s REF is also working to harness the power of AM rapid prototyping to support mission requirements at the tactical edge.  In July 2012, the REF deployed the first Expeditionary Labs-Mobile (ELM) to Afghanistan.  This experiment consisted of two scientists equipped with a 20-ft shipping container filled with rapid prototyping tools, including Fused Deposition Modeling (FDM) systems, Computer Numerical Control (CNC) systems, and welders.  The labs also included advanced communications systems to support reach‐back capabilities to U.S. and other networks of scientists and engineers [1].  The ELM experiment clearly showed the potential of applying AM technologies in tactical environments by addressing unanticipated warfighter needs as they arose.

Assisting the Development of Testing and Manufacturing Standards

One major impediment to the adoption of AM in the DoD is the lack of established standards for the technology on issues ranging from process control to raw material qualification and testing.  The American Society for Testing and Materials (ASTM) International F42 committee currently has a subcommittee working to develop such standards in materials and processes, terminology, design, data formats, and test methods.  However, guidance is still lacking.

NIST also convened a workshop in December 2012 to specifically begin laying the groundwork for metals-based standards.  Experts in advanced materials research believe that adequate understanding of the properties of metal materials (and the ways that AM processes affect them) remains at least 5–10 years away [1].  Further, without appropriate standards in place, there is no way to ensure that AM-manufactured products will possess the consistency that the warfighter requires on the battlefield.

Developing Legal and Financial Guidelines for the DoD and Military Contractors

One of the largest hurdles to the adoption of AM in the DoD concerns the issue of property rights.  As mentioned previously, one of the proposed uses for AM technology is the manufacture of replacement parts to reduce the logistical footprint, but the DoD may not have the legal authority to proceed with this course of action.  Patent law is fairly explicit in this regard.  The right conferred by the patent grant is, in the language of the statute and of the grant itself, “the right to exclude others from making, using, offering for sale, or selling” the invention in the United States or “importing” the invention into the United States.  What is granted is not the right to make, use, offer for sale, sell, or import an invention but the right to exclude others from making, using, offering for sale, selling, or importing that invention [6].  A majority of military systems for which AM might provide spare parts are patented by their original manufacturers, and ignoring these protections would expose DoD organizations to the potential risk of litigation, while also jeopardizing relationships with key industry partners.

Another hurdle for the DoD and its industry partners is the protection of AM-related information.  As Sony Corporation of America can attest from its November 2014 cyber attack, hacking can be devastating financially and destructive to a company’s reputation.  For the DoD and its industry partners, the stakes are even higher when it comes to AM‐related research, development, and commercialization.  The risk is more than the loss of highly sensitive military designs.  In the case of a security breach, the compromise of AM data files could allow an adversary to re-create and use our own technology against us on the battlefield in short order.  Additionally, a breach could also allow an adversary the opportunity to modify existing AM data files without the knowledge of the DoD or a contractor, potentially resulting in replacement parts with critical failures built in to the design. 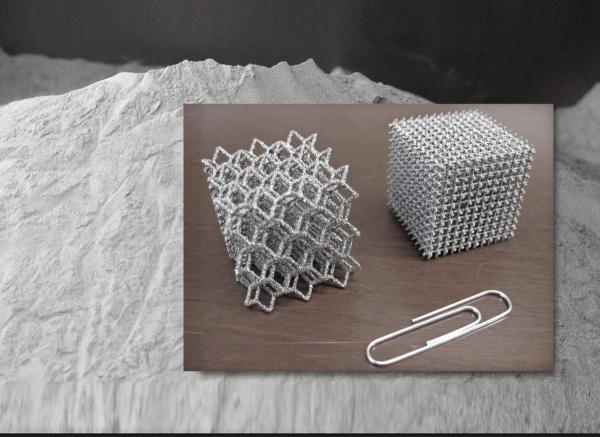 Without a doubt, AM technologies present a significant opportunity for the DoD to enhance warfighter capability and reduce the current logistical footprint and TLCC of numerous systems.  Significant progress has been made, but there is still a great deal of work that must be performed to ensure a sensible adoption of AM technologies to support the DoD and the warfighter.  The effort will continue to require extensive collaboration between the Federal Government/DoD, academia, and the commercial sector, as well as a sustainable funding stream.  And when considering the fiscally constrained environment under which the DoD is currently operating, the funding hurdle may be the most daunting hurdle of them all.