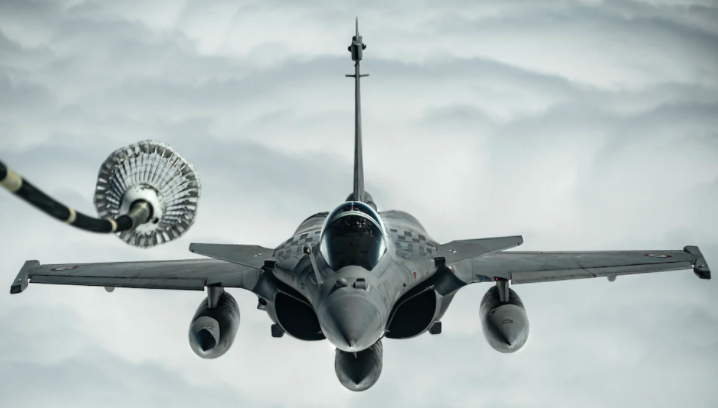 The exercise allowed members from all three coalition nations to practice air-to-air refueling with members from the 380th AEW while continuing to work on the Defensive Counter-Air Combat Patrol (DCA CAP) procedures learned in the first exercise conducted in December of 2020.

“The employment of a DCA CAP is meant to protect an asset and defeat an adversary,” said U.S. Air Force Capt. James McCarthy, 379th AEW Exercise Director. “DCA operations involve the integration of weapons, sensors, and communications to protect friendly forces and strategic interests from air and missile threats.”

Exercise objectives from the first Sky Shield event improved this time with the additional familiarity between the partners. One such success was the integration of the Link-16 communication network.

“We were able to successfully use Link-16 in this exercise with the Qataris,” said McCarthy. “Having the ability to send and receive messages on the link and broadcast tracks in an exercise network is a small step towards getting the Qataris into the operational network that we use daily.”

These U.S. Forces and Qatar exercises provide valuable lessons as Qatar fine-tunes their airspace defense in preparation for the World Cup in 2022.

“As a guest and a partner, the U.S. Air Force can provide exercise opportunities that will help the Qatari Air Operations Center, Ground Control Intercept, and fighters integrate with our assets to ensure that collective defense,” explained McCarthy. “We hope this partnership eventually leads to Qatar being able to take a larger role in the collective defense of the Arabian Gulf.”