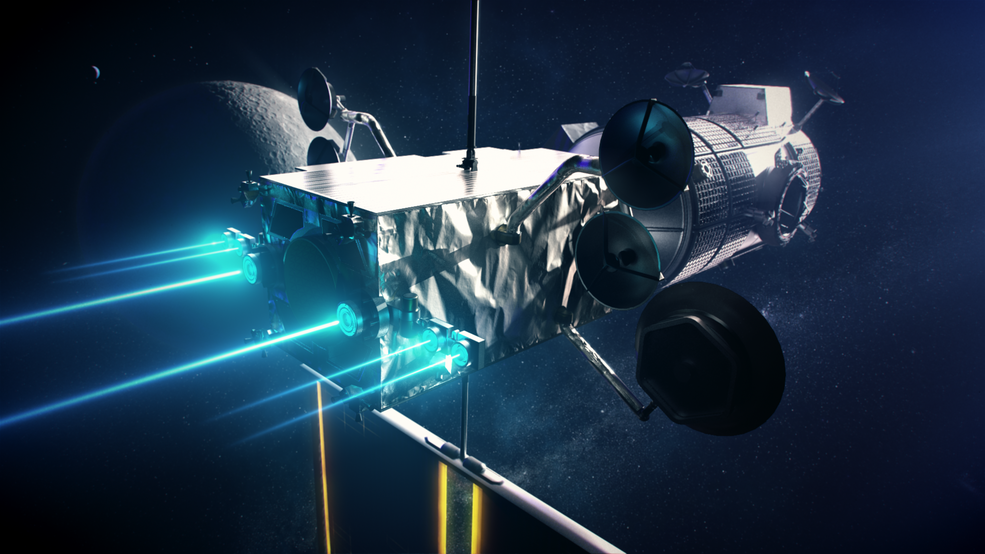 Since the beginning of the space program, people have been captivated by big, powerful rockets—like NASA’s Saturn V rocket that sent Apollo to the lunar surface, or the Space Launch System that will produce millions of pounds of thrust as it sends Artemis astronauts back to the Moon.

But what if the most powerful propulsion system in NASA’s toolbox produces less than one pound of thrust while reaching speeds of up to 200,000 mph? What if it costs less, carries more, and uses less fuel?

This radical system is in-space electric propulsion. It can reduce the amount of fuel, or propellant, needed by up to 90% compared to chemical propulsion systems, saving millions in launch costs while providing greater mission flexibility.

Chemical propulsion uses fuel and an oxidizer, converting energy stored in the chemical bonds of the propellants, to produce a short, powerful thrust, or what we see as fire. It’s loud and exciting but not all that efficient.