The U.S. Rocket Propulsion Industrial Base: A Status Report 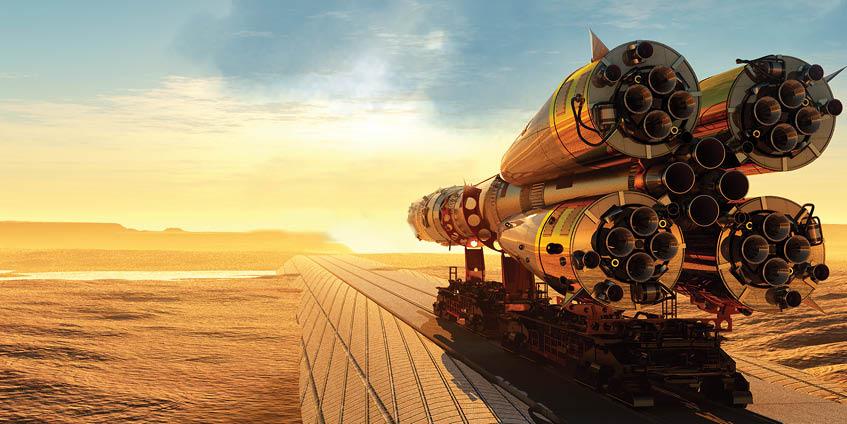 Rocket propulsion industrial base issues have spanned virtually every facet of the industry, as many officials and workers in the Department of Defense (DoD), the National Aeronautics and Space Administration (NASA), and contractor communities are well aware.  Over the past 60 years (which comprises at least two generations of scientists and engineers), the industry has witnessed an aging workforce, oscillating budgets, consolidation among government facilities and contractors, obsolescence issues, and more complex and restrictive foreign trade laws.  These changes have created a complex web of interrelated issues that are not easily documented and that cannot be easily resolved in the future by addressing each problem individually.  Many people believe that if rocket propulsion technology is to thrive in the coming decades, steps toward restoring defense and space budgets in all areas, as well as commitments to improving infrastructure and workforce capability, must be made.

One might suggest that the glamour of the past space race and the rocket propulsion industry may have run its course.  Seeming to dampen the prospects for a bright future are a workforce with the majority of experienced scientists and engineers at or near retirement age, declining numbers of employees with advanced science and technology degrees, and a lack of newly degreed scientists and engineers pursuing and sustaining employment in the industry while seeking jobs in more appealing fields.  For example, the field of energetic materials is considered to be more than 100 years old, with few significant discoveries or leaps in performance since the time of Ascanio Sobrero (when nitroglycerin [NG] was discovered in 1847) [1] and Georg Henning (when cyclotrimethylenetrinitramine [RDX] was discovered in 1898) [2].  Some experts even consider energetic materials to have reached their limit of performance until a new form of materials can be devised and used [3].

Declining budgets have necessitated a vast array of rationalizations at government laboratories and defense contractors.  Reductions in facilities and workforces within the contractor communities have resulted in fewer people with critical skills, overcapacity and stagnant facilities, and fewer competitors.  For example, the loss of the Space Shuttle program has catalyzed a number of reactions in the contractor community, including forcing thousands of reductions in the skilled workforce, overcapacity in raw materials, and underused facilities at the subprime supplier levels.  In addition, driving down the price of missiles and subcomponents at the prime level has created lower profit margins at the subprime level and has forced some small businesses to close, often leaving a void for critical materials and components that are difficult to reconstitute [4].

Obsolescence issues continually surface as, for example, third-tier commercial material suppliers rationalize their portfolios of products that are no longer viable due to lack of demand or ever-increasing environmental regulations, the worst of which are unplanned.  Reduced demand for unique materials that are specific to defense products and have no (or no longer satisfy) commercial needs have forced the defense industry to seek alternatives in a timely manner.  As a result, rocket propulsion suppliers and prime contractors are continually faced with assessing new materials, which can force costly and time-consuming requalification, often at the suppliers’ expense.  One such material that presented an unplanned obsolescence issue about a decade ago was butanetriol (BT), which resulted from a nearly depleted stockpile [4, 5].  The Office of the Under Secretary of Defense (OUSD), Acquisition, Technology and Logistics (AT&L) and the military services, along with suppliers, were instrumental in quickly developing new reliable sources for this critical material.  Policies for handling obsolescence issues are needed as part of the DoD’s projected budgets and planning.

However, all may not be lost.  The OUSD AT&L is actively addressing these intertwined and complex issues.  Dr. Chris Michienzi, Senior Industrial Analyst – Missiles and Munitions, OUSD(AT&L), Manufacturing and Industrial Base Policy (MIBP), presented this important topic at a meeting of the Critical Energetic Materials Working Group (CEMWG) in the spring of 2016 [5, 6].  Dr. Michienzi’s “OSD Industrial Base Strategy” concisely outlined the dilemmas facing the defense industry and the steps that the OUSD is taking to help resolve them [7].  The mission of the MIBP is to “ensure robust, secure, resilient, and innovative industrial capabilities upon which the Department of Defense can rely to fulfill the Warfighter’s requirements.”  As shown in Figure 1, a three-pillared approach is being used to assess the state of the nation’s industrial base and ensure adequate manufacturing capabilities for goods and services to support U.S. defense needs.

This needed approach reflects the high degree of uncertainty in the defense industrial base and its ability to design, manufacture, and sustain present and future DoD critical capabilities.  The uncertainty is demonstrated by the many defense budget swings since 1948, as illustrated in Figure 2.  These swings have led to industry consolidations, workforce reductions, loss of critical skills, the inability to plan for future business, lack of surge capability, and aging and stagnant facilities, all of which represent a general deterioration of the industry.

Since the end of World War II, the industry has become reactionary, rather than progressive, out of necessity.  As Dr. Michienzi points out, the industrial base has experienced a multitude of consolidations even as recently as 1980, where 300 viable companies have been reduced to only 5 prime contractors through acquisitions, mergers, and closures.  Likewise, over the past several years, five or so key second-tier rocket propulsion contractors have now been reduced to two continental United States (CONUS) companies [4].  Meanwhile, an influx of foreign companies securing operation of critical plants in the United States proves that the rocket propulsion and ammunition industrial base has been “globalized” [8, 9].  Furthermore, critical components for munitions are dominated by single- or sole-source second-tier and third-tier suppliers.  Interestingly, there is approximately one supplier for every two critical munitions components, reflecting a lack of competition and adequate depth at the subprime level, where most of the issues previously discussed reside.  In contrast, prime contractors are considered “generally healthy.”

Although these changes in the defense industry are the result of justifiable business decisions, the OUSD’s MIPB activities seek to create competition by encouraging new entrants into the supplier base and helping to mitigate loss of critical capabilities in the future.  For example, the OUSD through Industrial Base Analysis and Sustainment (IBAS) funding is now supporting the creation of a second source for a critical material, hydroxyl-terminated polybutadiene (HTPB), which is used extensively in the defense and space industries [10].  Through the OUSD and CEMWG actions, continued emphasis will be placed on identifying at-risk critical materials, while creating better policies and plans and helping to seek funding for subprime and small business contractors to address material obsolescence and sole-source issues.

One bright spot for the future of the U.S. rocket propulsion industry (along with the greater aerospace industry) is the increased participation in, and support of, U.S. science, technology, engineering, and mathematics (STEM) initiatives.  In these programs, students are exposed to design and implementation challenges and can compete for scholarship awards [11–14].  New scientists and engineers will face the challenges of going beyond their field of training and working in a more multi-disciplinary environment, which STEM encourages through local middle schools, high schools, and colleges.  The intent of revitalizing the aerospace and defense industries through STEM may be realized when the next generation of scientists and engineers enters the workforce.

The FY17 National Defense Authorization Act (NDAA) may be another bright spot.  This legislation authorizes funding across all aspects of the industry and focuses on rebuilding our nation’s defense in many ways [15].  As stated in the introduction to House Armed Services Committee (HASC) Communication 52539, “Unprecedented threats, uncertainty, and technological change, combined with a high-operational tempo and declining resources, have sharply eroded the readiness of our military” [16].  The bill was brought to the floor of the House of Representatives by HASC Chairman William Thornberry in April 2016 and was subsequently passed by the House in May 2016.  After revisions, joint House-Senate committee approvals, and signings by both the House and Senate, the bill was presented to the President and signed into law on 23 December 2016 [17].

The DoD discretionary base budget of the FY2017 NDAA is valued at $523.7 billion, which exceeds the February 2015 base cap of $523.1 billion agreed upon by Congress [18].  The budget restores military readiness and shortfalls in many areas of defense, including critical munitions (such as the Javelin, Guided Multiple Launch Rocket System [GMLRS], Army Tactical Missile System [ATACMS], Hydra 70, and AIM-9X Sidewinder missiles).  In addition, the Army and Navy will obtain the new Joint Air-to-Ground Missile (JAGM) to eventually replace the current Hellfire missile system.  The bill provides funds for procurement of 100 Tomahawk missiles for the Navy to sustain manufacture and reduce risk to the industrial base for this missile.  The Army will also be provided with $242 million for Production Base Support at industrial facilities, reflecting a need to maintain and revitalize manufacturing sites across the United States.

Another interesting aspect of the bill addresses foreign military sales (FMS).  The HASC originally commented on this topic by stating that the “hyper-bureaucratized process for selling military equipment to foreign militaries” limits the “United States’ ability to develop the capabilities of partners and allies around the world.”  The bill requires the review of the DoD’s role in the FMS process in great detail to introduce reforms.

Other items, such as the forgoing retirement of A-10 aircraft and increasing projections for the aircraft carrier fleet and other aircraft and helicopters, will certainly help in providing future business for propulsion and munitions suppliers.  Modernization of the nuclear weapons stockpile and improved maintenance are also proposed, rather than following the President’s recommendation to accelerate retirement of these weapons.  Continuation of the preliminary design concept and technology maturation phase for the future combined Ground Based Strategic Deterrent (GBSD) program is provided to consolidate U.S. ballistic missile defense capability and reduce risk to the program.  The HASC originally recommended that the Air Force carefully consider its acquisition strategy, while promoting full and open competition, for the GBSD program since it will have “lasting impacts on the health and vitality” of the defense industrial base.  The bill also establishes no new Base Realignment and Closure (BRAC) in 2019, which reflects support for maintaining current defense-related capabilities and possibly the workforce.  In addition, the bill requires the DoD to develop a new missile defeat strategy, including ballistic missile and cruise missile defense, and provides funds for Israeli missile defense systems.

The future of the U.S. defense industrial base also holds some promise for innovation and the development and application of new technologies where small businesses and competition may be key factors for future expansion.  As stated in the HASC report on HR 4909 [15]:

“In the area of defense acquisition reform, H.R. 4909 seeks to create an engine of experimentation and innovation within the core acquisition system, while further strengthening acquisition planning and accountability.  Specifically, the bill requires major defense acquisition programs, to the maximum extent practicable after January 1, 2019, to be designed with modular, open-system approaches that enable weapon system components to be more easily upgraded as technology and threats evolve.  The bill authorizes the military services, rather than specifying projects two years beforehand through the traditional budget process, to budget flexible funds with which to experiment with and rapidly field emerging technologies during the year of execution.  It aligns intellectual property rights to an open-system approach and rebalances property rights so the government continues to receive necessary technical data while encouraging companies to do business with the Department.”

These statements, along with the information provided previously, support the hopeful revitalization of the defense industry, encourage growth and competition among defense suppliers, protect property rights, advance technology, and leverage newly discovered technologies as quickly as possible.