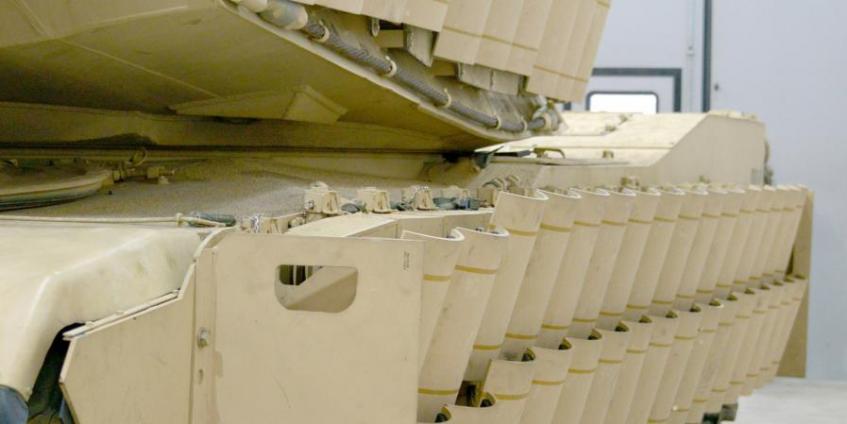 The U.S. Army Futures Command (AFC) has been established to lead the Army’s future force modernization enterprise. Within AFC, the U.S. Army Research Laboratory (ARL) has transitioned into the U.S. Army Combat Capabilities Development Command (CCDC). With this shift, ARL’s role as the Army’s corporate research laboratory has a reemphasized focus on discovery, innovation, and transition of science and technology (S&T) developments for the future multidomain operations [1].

As an Army leader in protection research and development (R&D), ARL performs high-impact foundation research that is disruptive and unique to the Army [1]. ARL researchers are continually improving the understanding of scientific fundamentals and innovating advanced protection mechanisms for mass-efficient ballistics and blast protection technologies to defeat the full range of conventional and projected antiarmor threats for Army and other agency platforms and personnel.

Protection sciences, one of the seven ARL core technical competencies shown in Figure 1 [1], has had significant and consistent impact on the Army for decades. ARL collaborative R&D efforts with other U.S. Department of Defense (DoD) organizations, international partners, and cooperative research and development agreements (CRADAs) with industry have successfully led to producing and fielding superior protection technologies to improve survivability. Such platforms as the Abrams; Bradley; Stryker; Paladin; high-mobility, multipurpose, wheeled vehicle (HMMWV); route clearance fleet of vehicles; mine-resistant, ambush-protected (MRAP) family of vehicles; and the Army’s newest combat platform, the armored multipurpose vehicle, are armored with multithreat protection technologies conceptualized and matured to Technology Readiness Level (TRL) 4 at ARL.

ARL is the nation’s premier organization for survivability technology innovation. As shown in Figures 2 and 3, examples of fielded armor technology developed and transitioned by ARL over the years include the M60 reactive armor tile (the first U.S. reactive armor), Abrams side and frontal armors, and the Abrams reactive armor tile, as well as quick-reaction improvised explosive device (IED) and IED-explosively formed penetrator (EFP) armor kits for tactical wheeled vehicles in Operation Iraqi Freedom and Operation Enduring Freedom.

A wide variety of R&D is being conducted at the laboratory to provide robust protection capabilities from contemporary, emerging, and future battlefield threats that will enable freedom of maneuver across multidomain operations and ensure Army dominance in its operational environment [2]. These threats of interest include rocket-propelled grenades (RPGs), antitank guided missiles, direct-fire cannon threats, antitank mines, top-attack munitions, and IEDs.

After developing and demonstrating technology capability via high-performance computing (HPC) modeling and simulation (M&S)-driven ballistic experiments (TRL-4), ARL researchers transition the technologies to partners such as the CCDC Ground Vehicle Systems Center, program managers, and/or U.S. defense contractors for further engineering and integration. Knowledge gained through these cutting-edge research efforts will be critical for maintaining battlefield superiority to 2030 and beyond.

ARL has the unique infrastructure and resources to conceive, grow, and preserve Army essential core technical survivability competencies. A variety of laboratories and unique facilities, such as the ARL DoD Supercomputing Resource Center (ARL DSRC) for HPC (shown in Figure 4), are located at Aberdeen Proving Ground (APG), MD [3, 4]. Scientists and engineers use these facilities to perform a wide variety of innovative research, including ballistics and materials research.  These facilities and capabilities also support collaborative research with other government organizations, industry, and academia.

ARL’s computational science facility, one of five DSRCs, features state-of-the-art, scalable, parallel architectures and large vector-parallel systems supporting both classified and unclassified missions throughout the DoD research, development, test, and evaluation community. Current DoD HPC systems at ARL have a cumulative capability of 1.1 petaFLOPS, and the facility is ranked in the top 15 of the world’s most powerful computing sites [3].

The ARL DSRC, critical for protection research, has significant impact on armor R&D as it is used to study penetrator-target interactions that cannot be studied using experimental techniques. The center provides a significant enabling capability in high-fidelity numerical modeling and scientific visualization for armor/antiarmor simulations.  An example simulation of a conical-shaped charge penetrating rolled homogeneous armor (RHA) steel is shown in Figure 5.  This kind of shaped charge is typical of the warhead found within an RPG, and this kind of simulation is one of the first steps in the armor research and development process.

The jet collapse, jet formation, and penetration were predicted by CTH, a continuum mechanics code developed by Sandia National Laboratories. CTH software is just one of a variety of codes available at the ARL DSRC. HPC-driven M&S provides mechanistic understanding that can guide the development of new armor design options and lead to optimization of armor configurations. Novel computational techniques and material models are being developed and exploited to continually guide and inform armor development.

ARL’s armor experimental facilities are used for development, validation, and verification of protection technology concepts, especially those developed via M&S. The experimental facilities are equipped for conducting detailed experiments using both chemical energy and KE munitions, including shaped charge warheads, EFPs, roadside IEDs, and blast penetrators, as well as small-, medium-, and large-caliber KE penetrators. The experimental facilities are highly instrumented to collect detailed information during the ballistics event. Example diagnostics include high-speed photography, digital image correlation, photon Doppler velocimetry, and high-fidelity flash radiography that can be used to measure flight parameters (position, velocity, yaw, and pitch), characterize penetrator morphology, and show some of the projectile-target interaction. Some examples of these capabilities are provided next.

Images from high-speed photography taken during an experiment of a blast penetrator warhead detonating and impacting a target at one of ARL’s shaped charge armor experimental facilities are shown in Figure 6. This facility is used to evaluate passive, reactive, and electromagnetic armors being developed to defeat unitary and tandem shaped charge warheads and EFPs. Also used for shaped charge jet characterization and threat exploitations, it is capable of handling up to 20 lbs of high explosive.

Depending on the objective of the experiment, both static and dynamic warhead testing can be conducted at ARL’s experimental facilities. A photograph of the dynamic RPG firing facility located at APG is shown in Figure 7. This facility is used to conduct experiments with dynamically-launched RPGs. The RPGs can either be launched free-flight or through ARL’s own precision delivery system with precision target impact accuracy [3].

ARL has unique instrumentation capability for diagnosing armor experiments. Another example is the flash x-ray system shown in Figure 8. The multienergy, flash computed tomography system captures up to 15 flash x-ray images and, through tomographic reconstruction, produces three-dimensional (3-D) images of the armor/antiarmor interaction. Compared to a medical CT scan that takes several minutes or longer to gather enough information to produce a 3-D image, this flash x-ray system gathers the information in less than 1 millionth of a second, fast enough for the ballistics timescales required for this type of research. (A complete listing of ARL’s facilities and capabilities can be found in reference 3.)

ARL’s combination of expert scientists and engineers, along with analytical, computational, and experimental resources, forms a unique collocated infrastructure to solve the Army’s protection technology needs.  ARL researchers work closely with academia, industry, the intelligence and user communities, and program executive offices to develop and transition innovative protection technologies to the Warfighter.  Advanced protection technology will continue to be needed as the last line of defense in order to dominate the close fight and enable the next-generation combat vehicle force to conduct multidomain operations.

VALERIE WAGONER is a mechanical engineer within the Weapons and Materials Research Directorate at CCDC ARL, where her research interests include EFP and shaped charge jet defeat. She has been involved in the development of enhanced underbody protection for select U.S. ground vehicles, as well as IED-EFP add-on armor solutions and spall protection kits designed to protect U.S. troops against IEDs. She was recognized with the Army Research & Development Achievement Award for Excellence in a Technical Collaboration in 2010 and received the Achievement Metal for Civilian Service in 2017. She holds an M.S. and a B.S. in metallurgical and materials engineering from the University of Texas at El Paso.