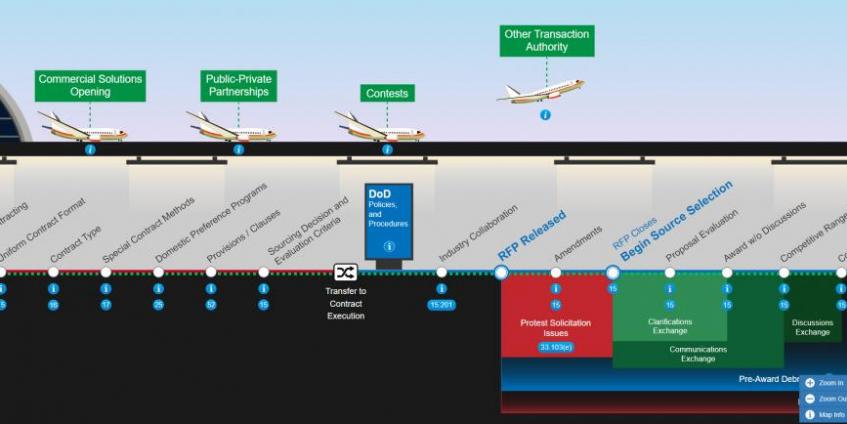 Eleven USG agencies were found that have received permanent or temporary OTA. Awarding OT agreements by the USG in terms of both numbers and amounts of obligated funding was found to be on the rise over the last several years, with a slight majority of the funding being obligated and managed through consortia groups.

The U.S. Army was easily the largest user of OT agreements in terms of numbers and obligated funding (49%), followed by the Department of Homeland Security’s Transportation Security Agency (17.4%), the U.S. Air Force (11%), and the U.S. Navy (1.5%).  Of the 38 DoD OT agreements cataloged, nearly two-thirds were issued by the U.S. Army and Navy. Nearly all the OT agreements were managed by seven consortia groups, with two Advanced Technology International and SOSSEC, Inc., managing two-thirds of agreements.

A listing of the USG OTAs and OT agreements, including name, OTA, sponsor, management group, and contact information, is presented in the report.